As part of the ongoing transition and evolution of Ghana Beach Soccer, the Ghana Football Association (GFA) has trained twenty(20) Beach Soccer Club officials on the FIFA Connect system.

The one-day workshop which was held on Tuesday October 6, was to equip Beach Soccer club officials with basic and requisite IT skills/ knowledge to allow them navigate the FIFA digital registration system. 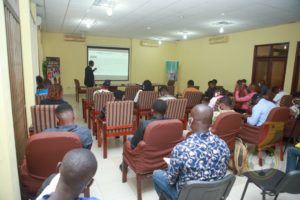 GFA IT Manager Mr. Francis Essah, took participants through the processes of Player and Club Official Registrations as well as renewals.

He further educated the Club Officials present on the key requirements for registration through the FIFA Connect platform.

The Club Official’s, who will mainly man the IT departments of the Beach Soccer Clubs, were educated on  the key benefits of the FIFA Connect system which include  faster player registration compared to the paper based registration, reducing player disputes and generating reports. 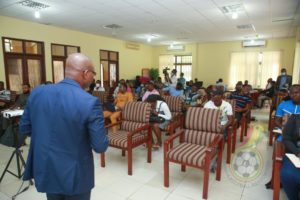 The FA’s Referee’s manager Alex Kotey who also addressed participants stressed on the need for a Beach Soccer Referees Instructor in Ghana.

“As it stands, Ghana is yet to have a FIFA beach soccer referee instructor and the GFA is working around that. Indeed the FA is set to put out a public notice to invite new referees on board”, Mr Kotey told participants and members of the Beach Soccer Committee.

As part of the Association’s Integrity programme, Integrity Officer Obed Tuffour took members through the FIFA Code of Ethics and the need to report any acts of match manipulation through the GFA’s hotline. 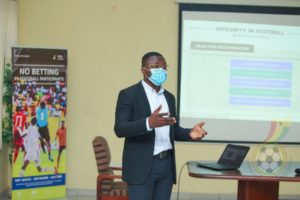 The Workshop was also attended by Chairman of the Beach Soccer Committee, Yaw Ampofo Ankrah and members of the Committee.

It is expected that upon the successful completion of clubs registration, a road-map would be drawn in line with the GFA timetable for the Ghana Beach Soccer League to kick start.

GFA’s Director of Coaching Education, Prof Mintah speaks on new role & What he brings on board

Sports Ministry & NSA to fumigate all match venues across the country