Executives of the Ghana Football Association (GFA), on Thursday, October 01, 2020, joined scores of mourners and families of the seven juvenile footballers who lost their lives in the Offinso road accident some weeks ago. 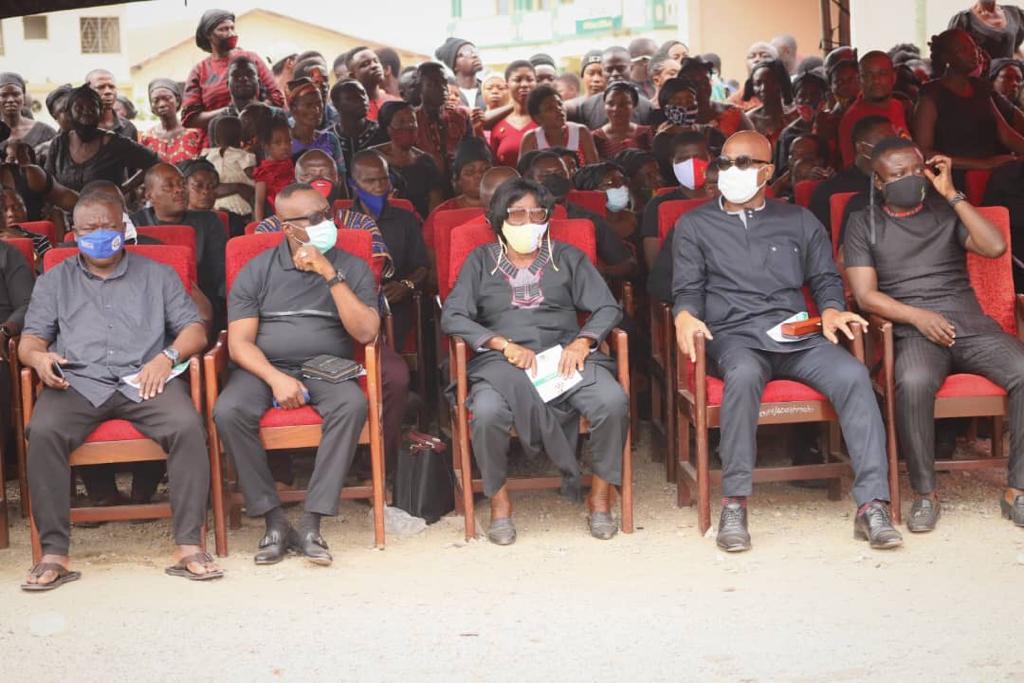 The seven boys, namely, Ofori Amanfo Ramsey, Alex Agyemang, Antwi Richmond, Abdulai Jamal, Hubert Anaba, Boakye Samuel and Kwame Opoku were on their way from a juvenile screening exercise at a registration centre at Afrancho, near Kumasi in the Ashanti Region. 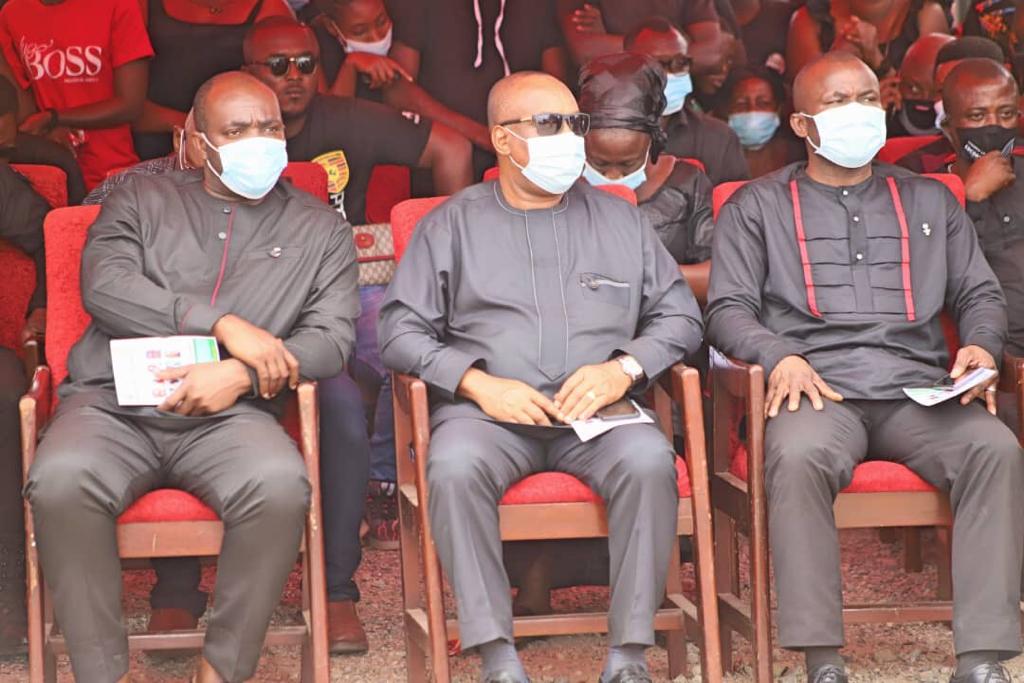 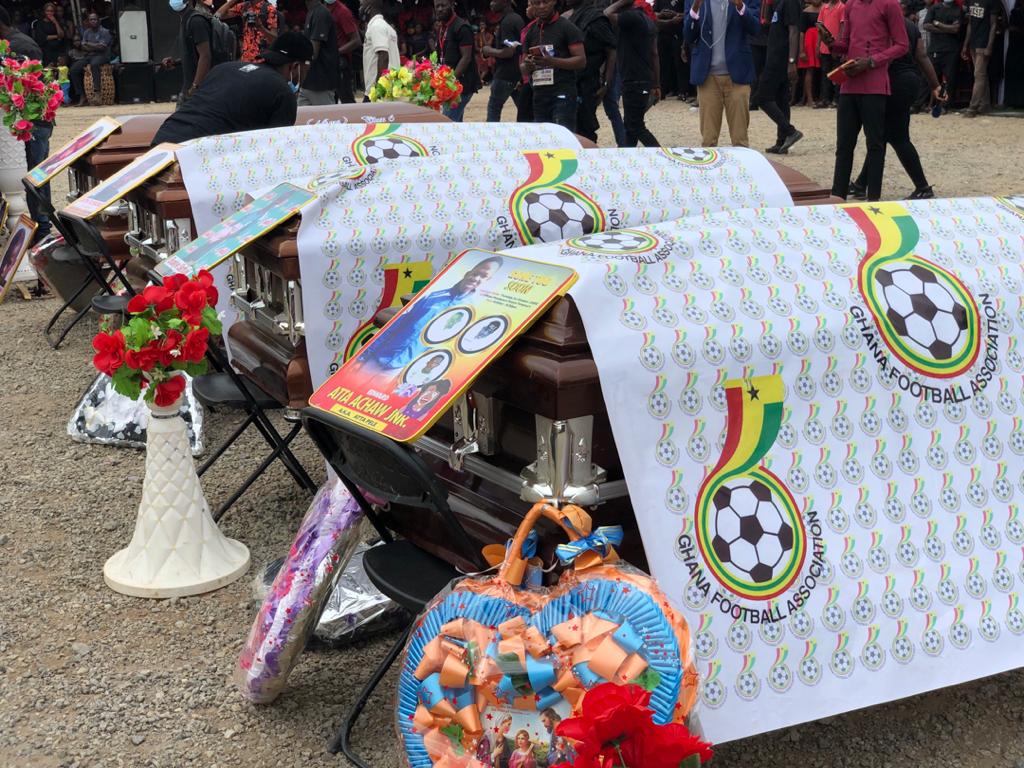 The young footballers between the ages of 12 and 15, who played for a Colts club Africa Vision Football Academy, died after the minibus they were traveling in crashed into the Offin River.

The Minister of Youth and Sports, Isaac Asiamah (Hon.), the Director-General of the National Sports Authority Prof. Peter Twumasi and some government officials were present at the funeral service to bid their final good-byes to the dead.